Where Did Grill Originate – A History Of The Grill

By Administator
Spread the love

Grill – a device used for cooking in heat and coals. The etymology of the word is related to French gril, which means “grill“.

The First Prototype of the Grill

Mankind has been cooking meat on fire since ancient times. The first prototype of the grill can be considered the simplest lattice found in the XXXV – XI century BC.

In the III century in China there is a special kamado stove. In the Middle Ages in England was invented to use for roasting meat, the so-called faithful dogs.

They were used both in castles and ordinary taverns. The kitchen usually had two dogs working alternately.

They would rotate a spit while running in a special wheel, a spit. Thanks to this simple mechanism, large pieces of meat could be evenly fried. Kitchen dogs were used mainly in England and France until the early 20th century.

In the XVIII century, the charcoal grill was widespread throughout the world. There is a gourmet dish – grilled pork, which for several hours was cooked on an open fire with a barbecue.

In 1897 the use of charcoal in briquettes was introduced. In 1921, Henry Ford’s company began to produce briquettes for the charcoal grill from waste wood. In the U.S. from the mid-40s there was a real boom in outdoor cooking.

The barbecue began to be used everywhere.

The Invention of a Welder from Chicago

The brick barbecue had several drawbacks. The design itself lacked mobility. Bad weather, rain, wind interfered with the preparation of the quality products. The opportunity to get meat undercooked or dried was very great. In 1952, Chicago welder George Stephen improved the grill to make it more comfortable and functional.

They say George Stephen built the first grill from a metal sea buoy, cutting it into two pieces. He later welded a tripod to it.

The invention resembled a metal dome-shaped stove, with a dense lid on top to preserve the flavor of the dish and distribute the heat evenly, with an opening in the lid to allow air to enter.

Friends and acquaintances liked the invention, and George began to receive orders to make it.

That’s how the first grill came into being. After a while, it became clear that mass production had to be launched to meet the demands of society. In the process, various improvements were introduced, convenient devices were added, and products for grilling care began to be produced.

Further Development of the Grill

In the future, new technologies and materials will be used to improve the grill. In 1985, grills for gas were introduced. The number of dishes prepared in this way increased.

GrillBill Best invented the infrared burner in the 1980s. These grills were widely used in restaurants. The meat on this device is juicy, with a crispy crust.

The grill was improved, it became more convenient, easier to use, and there were more options for cooking. Soon they will be contactless and, electric and gas.

But the most common grill is still the charcoal grill. Finnish designers in 2012 created a tiny grill with a size of 22×18 cm. Such dimensions are optimally suited for use in large cities.

Today, the grill is present both in the kitchens of restaurants and in the homes of ordinary citizens.

Choosing the Best Refrigerator Style for Your Kitchen 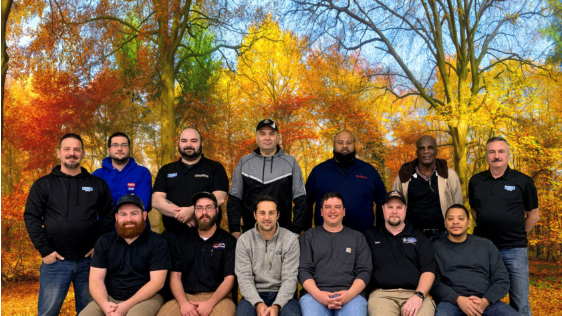